On the September 26th 2017, in Brussels (Belgium), the consortium of project EUCALIVA gathered at EURATEX (European Apparel and Textile Confederation) to hold the first meeting of this just started project.

Dieter Brigitta, the Project Officer of EUCALIVA attended to this meeting representing the Bio-Based Industries Joint Undertaking (BBI JU). Also, he explained that BBI is very tight with the actions to be completed and efficientely managed, because is taxpayers money what is used. In addition, Dieter Brigitta commented different technical and administrative issues related to the project lifetime.

The general idea of the project was presented, as well as which are going to be the key factors of project EUCALIVA to achieve the goals. EUCALIVA partners had the opportunity to know each other and to introduce themselves: organisation description, expertise, and motivation for the participation in the project. On the other hand, the communication structure was explained and the actions to be developed in the next 6 months were discussed.

Next meeting was set in Florence (Italy) at the middle of February 2018. 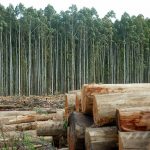 EUCALIVA: a project to reuse waste from paper industryNews 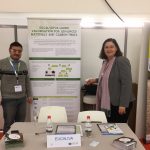